The best and worst fonts for your print marketing 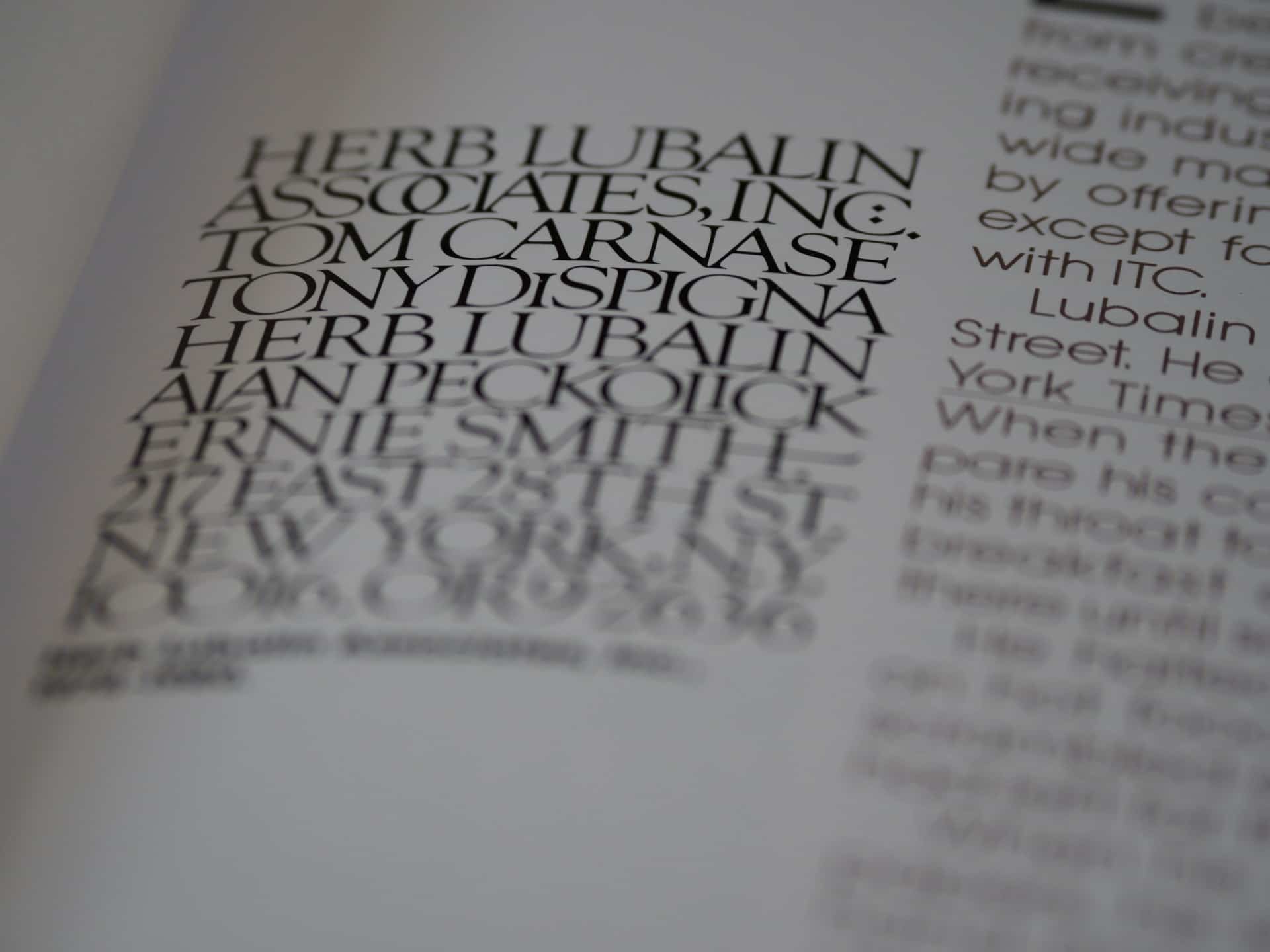 So you’ve just had a thought about your fonts for print materials – oh boy, it’s a jungle out there! There are some fonts that will really set off your marketing well and others that might be just too hard to read. You want people reading what they need to know without squinting their eyes or turning their heads away in disgust at bad typography.

So find yourself an expert (someone like us), ask them about the best and worst fonts for your printing needs and discuss all of the different font options until one seems perfect – then make sure you test a few sample pieces before running with it so that everything goes smoothly on press day! 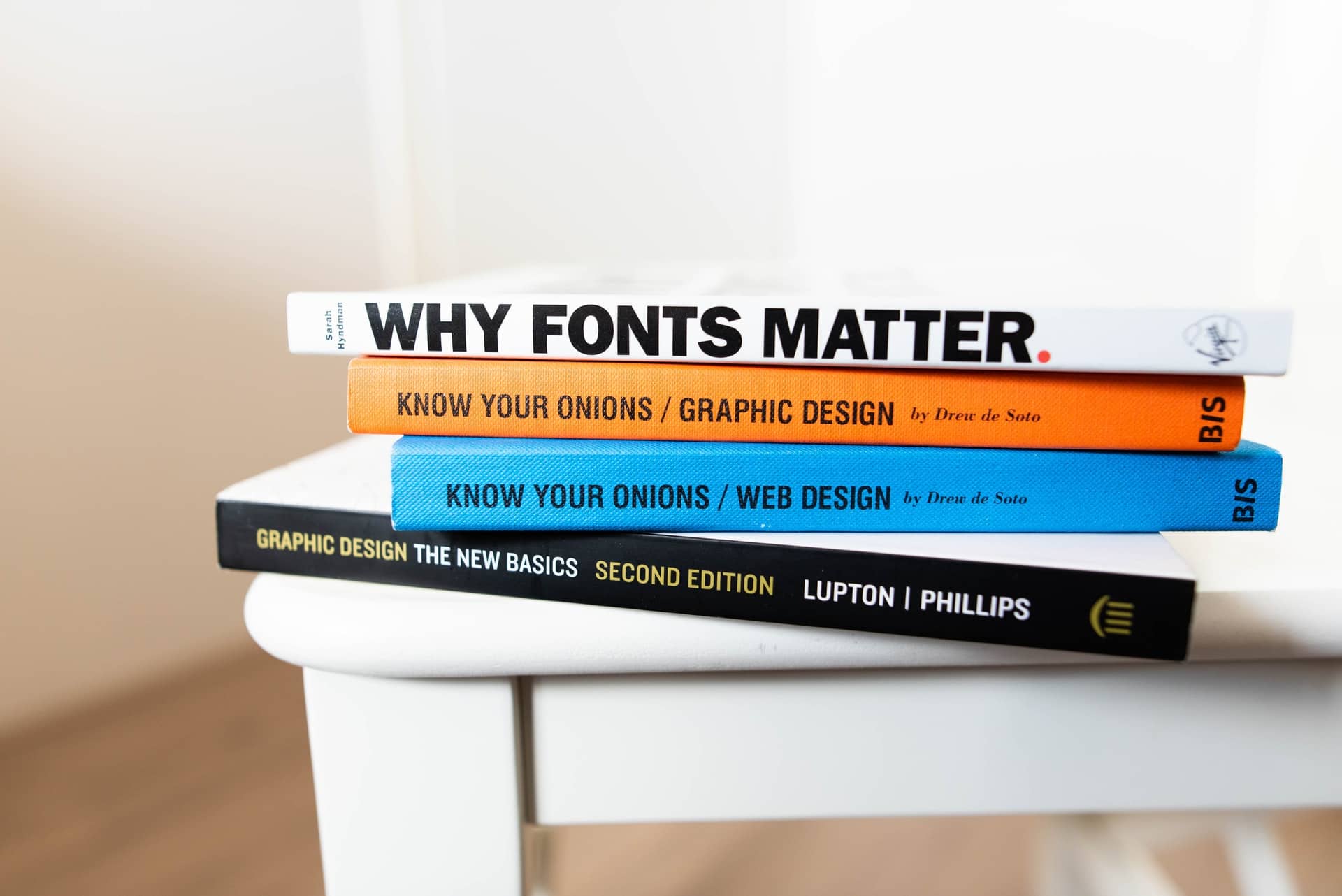 Why is choosing the right font for print so important?

In this post, we will take a good look at a question that many people ask themselves before they even start to design anything: what type of font should I use in my design and why?

Choosing the best font for print.

Choosing the right font can be a frustrating process, but it’s worth doing. The wrong decision could leave your potential customers confused and even angry with you for wasting their time on something they cannot read! Here are some of the best fonts to use:

Helvetica is a great font/typeface that’s been around since 1957, being one of the most commonly used fonts to this day for various design services. It has clean and simple lines which make it easy for people to read through more detailed brochures or flyers with ease.

The fonts of a bygone era are back. Garamond typefaces offer elegance and readability, making them suitable for a large variety of uses. This font has an old school feel that makes it the perfect choice to add character to your next design project or event invitation!

Century gothic is a good font with an interesting look. It’s sleek, sans serif and modern all at the same time! The Century Gothic font makes headlines easy to read from far away space on pages or books which make it great for print materials like magazines as well as signs in your business.

Papyrus is a font that can be described as childish, kitschy and irritating and as such is one of the absolute worst fonts. It’s heavily overused in design elements and media like birthday cards and posters gives this font its bad reputation. Limiting its use on projects where professionalism should take priority is advised.

Comic Sans you’ll recognise as one of the most popular fonts from your school classroom days. Comic sans, a sans serif font designed to look like comic book fonts was originally created by Vincent Connare for Microsoft and has been loved ever since it first made its debut on Windows 95 back in 1995! Comic Sans is a great choice for material targeting kids. However, comic sans is not taken seriously outside of the primary education sector and therefore is considered one of the worst fonts and should be avoided.

Impact font is one that’s best avoided if you’re looking for something professional. This sans serif typeface has thick, compressed strokes and can be hard to read! The ultra-thick strokes were created for making big statements on posters and banners- it may have been designed to make people stop in their tracks (though the intention might not always work!). It’s now made its way into the list of notoriously bad fonts for print material.

Type fonts are so vast and varied it’s impossible to list them all, each has its own place depending on the design and purpose of the marketing material being designed.

Here are a few to take a look at: new roman, brush script, script font, bold font – Why not Google some visual examples to help you in your choice. 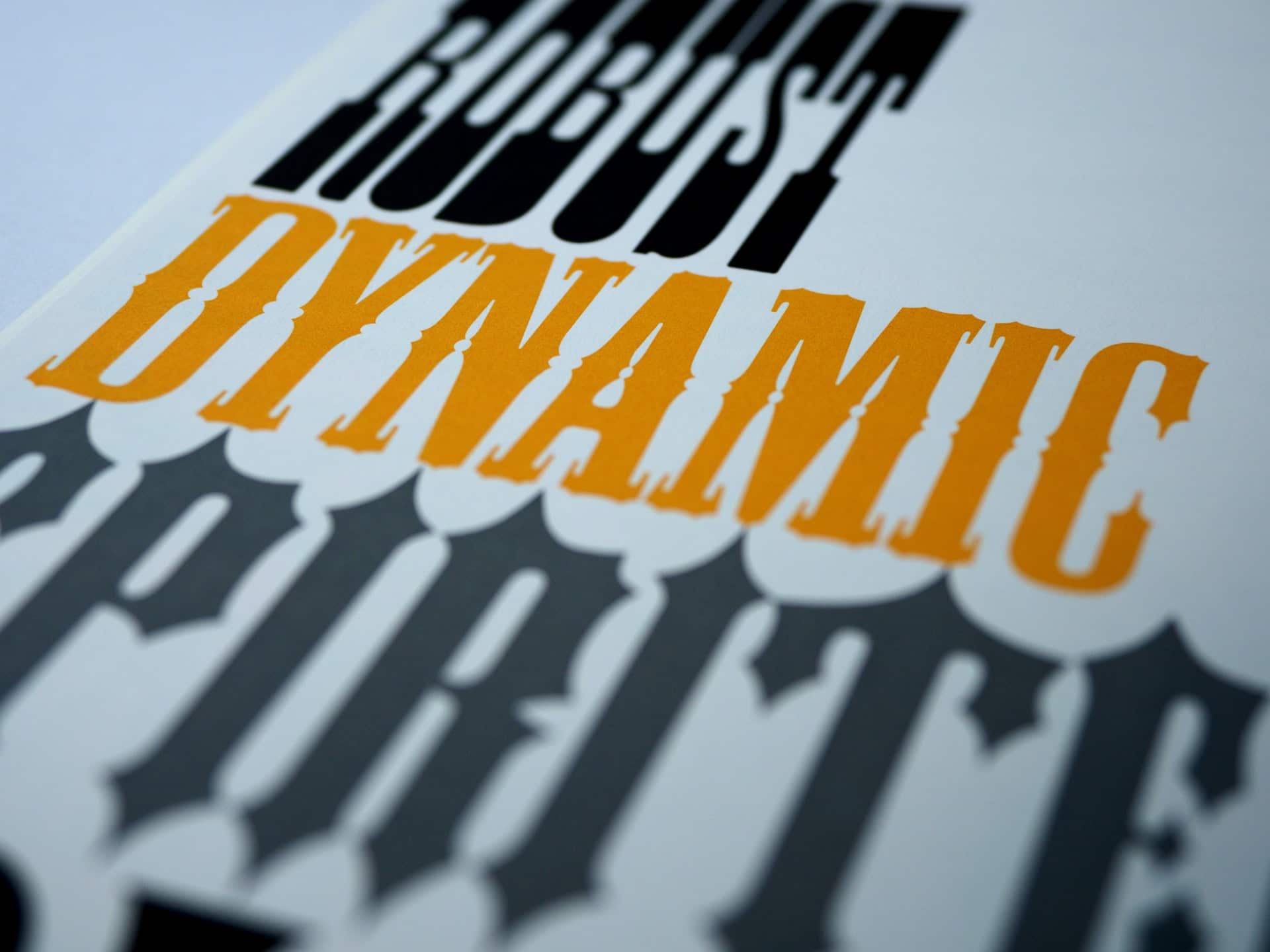 So, exactly what are the best fonts for print marketing? The answer is simple. Use one that has been designed with printing in mind! Avoid using any fonts that are not specifically made to be printed – otherwise, you’re project will simply look awful!

A top graphic designer can help you determine if a font works, or if it is the worst font for your brand identity, logo design or printed marketing material.

Remember, if you’re looking for great design advice and marketing support, we are here to help!

Get in touch today at enquiries@nicadadigital.com and our team of experts would love to chat about your next print job. Thanks so much for reading this post and please like and share! 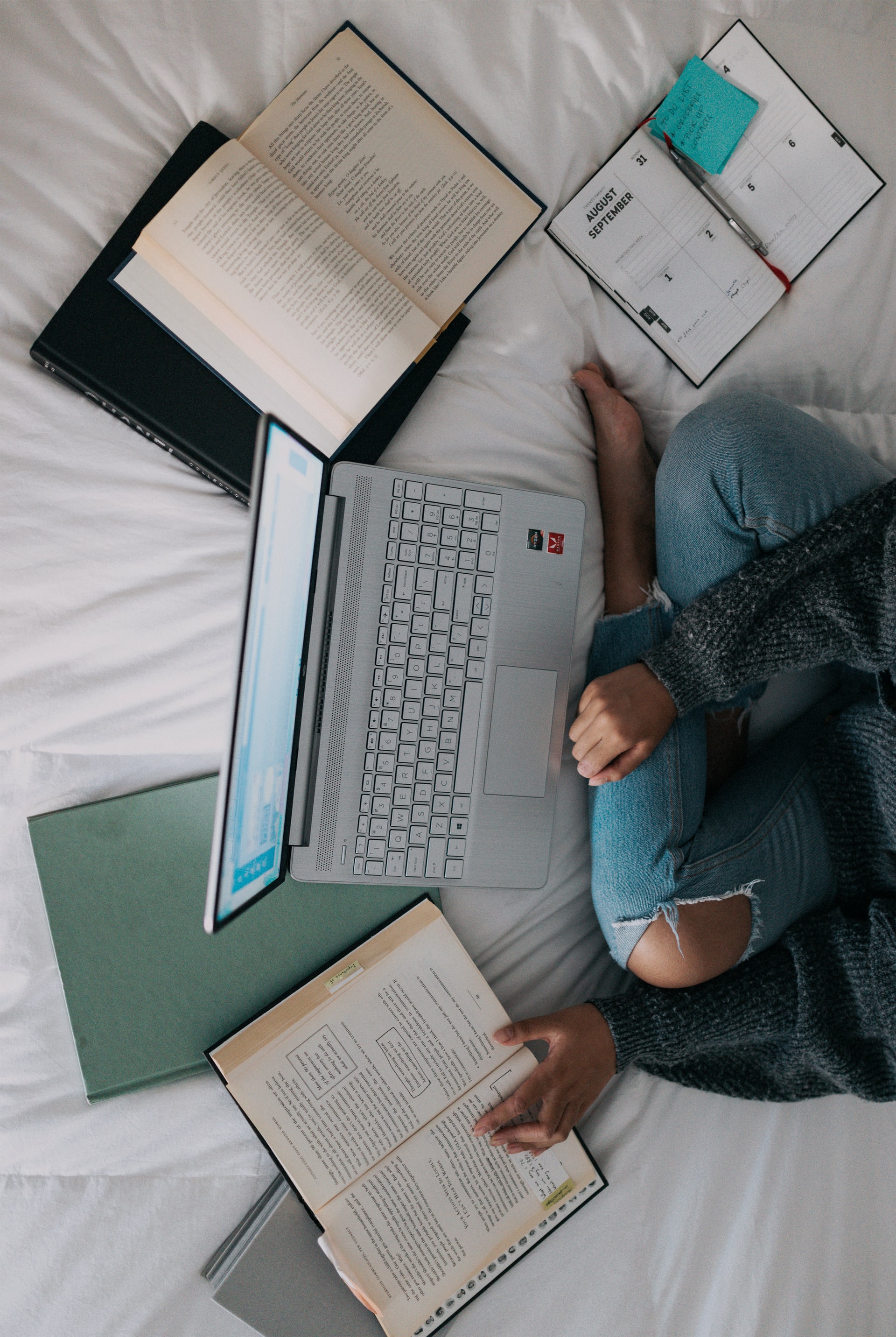 Can we download Divi for free? With over 2 million websites using the combination of WordPress and Divi, you can be certain that this is a great choice for your website. It’s my theme of choice for our client sites as it allows for great design, a fast responsive...
Read More

How To Write A Blog Post In Less Than 20 Mins

Introduction - How to write a blog post In this blog post we are going to talk about how you can write better posts faster than ever before - and how a clever robot called Jasper (formally known as Jarvis) can help! The first thing that is important when you...
Read More

How to Create a Post for Your WordPress Blog

Introduction ** Update - Jarvis ai and Conversion ai are now re-branded as Jasper! Same tool, same team, new name** You know that social media is important for your business, but you don't have the time to come up with engaging posts every day? Social media...
Read More

The best and worst fonts for your print marketingFonts that make you look like a pro! Best and Worst Fonts So you've just had a thought about your fonts for print materials - oh boy, it's a jungle out there! There are some fonts that will really set off your marketing...
Read More

How To Rank A WordPress Page On Google

The Best SEO Strategies to Rank Your Website: Tips From Nicada Digital How does your website rank? Is it on the first page of Google and other search engines? If not, you need to read this article. In this blog we have compiled a list of SEO (search engine...
Read More

Dos and don’ts of social media

Top Dos and Don'ts of Social Media: The Ultimate Guide Social media is a buzzword that has made its way into nearly every industry, and it's not hard to see why.  With statistics like over 2 billion monthly active users on Facebook alone, social media marketing...
Read More

Facebook polls Have you ever wanted to create a poll for your Facebook event? If yes, this article is for you! Creating a poll for an event is a great way to gain valuable feedback to ensure that your next event is set up to best meet your attendees’ needs. It...
Read More

How do I write content that ranks in Google? Google determines where a site should rank based on a series of factors. These factors include an excellent responsive design, a fast page, meta description and other more technical SEO (search engine optimization)...
Read More

How to make money online using Jasper ai and Vidnami